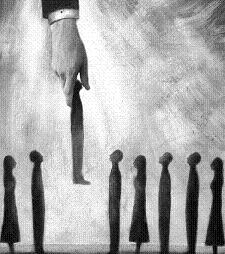 Essentially, predestination is a way of speaking about the sovereignty of God. Predestination is an act of God's will through which He elects or chooses those whom He calls to faith and thus to eternal life.

Where does the idea of predestination come from?

Predestination is a concept which is rooted in the Biblical images of God’s calling of a chosen people. The apostle Paul writes, “For those whom He foreknew He also predestined to be conformed to the image of His Son, in order that He might be the first-born within a larger family” (Roman 8:29). And, in Ephesians, we read, “He destined us for adoption as His children through Jesus Christ, according to the good pleasure of His will” (Ephesians 1:5).

What are some misconceptions about predestination?

Presbyterians today do not adhere to an understanding of predestination which professes that God draws pleasure from foreordaining some persons for condemnation. Presbyterians believe that such teachings are not consistent with to the Biblical image of a God “who desires everyone to be saved” (1 Timothy 2:4).

Those of us who are called to faith can give thanks for God's initiative in dealing with us so graciously. Yet, we cannot presume to know anything about God's purpose for those who seem to have rejected faith. We perceive it to be dangerous to move beyond the mystery of predestination to try to explain what God has not revealed.

Another misconception is that Presbyterians believe in predestination as a kind of fatalism wherein God determines everything in advance, effectively denying the reality of human choice. Such a fatalistic view places the blame of sin’s existence squarely upon God.

Presbyterians believe that we, as sinners, are responsible for our sinful acts even though we are unable to turn away from them without the gift of God's grace. But we also believe that God's grace transforms the human will so that it can freely obey God's will.

Presbyterians believe that predestination affirms the sovereignty and freedom of God without rejecting human choice and responsibility. Predestination is really all about God’s grace.

So, why do Presbyterians believe in predestination?

Second, the doctrine of predestination functions to safeguard the doctrine of justification by grace.   Presbyterians experience faith as a gift from God. We believe that God comes to us with His grace—to which we can only respond with gratitude. Predestination is a way of saying that God has taken the initiative in giving us this gift—and all gifts.

Third, we Presbyterians can see this doctrine as a source of assurance of God's love for us. It is a doctrine that gives us confidence as we stand before God as forgiven sinners.

Finally, we see predestination as part of a doctrine of providence: God cares about everything He has created, and God has a purpose for each person who has been created.