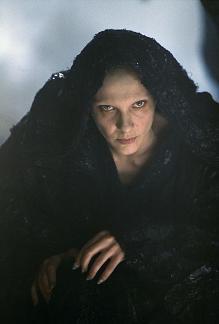 The name “Satan” comes from the English transliteration of the Hebrew word satan (שטן) whose literal meaning is “adversary” or “accuser.”  In the Old Testament books of Job and Zechariah, the figure of Satan is depicted as a member of God’s council whose basic duty it was to “accuse” human beings before God.  In these books, the word “Satan” is written with the definite article “the” (השטן).  Thus, these passages are not referring to “Satan” as a proper name but as a role or office (“the accuser”).  A more accurate translation in these passages would be “the Satan” or “the adversary.”

One day the heavenly beings came to present themselves before the Lord, and the Adversary also came among them. (Job 1:6)

Then he showed me the high priest Joshua standing before the angel of the Lord, and the Accuser standing at his right hand to accuse him. (Zechariah 3:1)

By the time of the New Testament, “Satan” is the traditional name of that angel who is regarded as God’s archenemy and as the personification of evil. Satan is regarded as the leader of a host of malevolent angels or demons. By tradition, Satan was cast out of heaven because of his rebellion against God and because of his desire to assume the prerogatives of divinity. This tradition is reflected in New Testament passages such as Luke 10:18 and Revelation 12:7-9.

Is Satan the same as the Devil?

In most English translations of the Bible, Satan is the same supernatural being as the Devil. The word “devil” is the English translation of the Greek word diabolos (διάβολος) meaning “accuser.” Diabolos is used in the Septuagint (the Greek translation of the Old Tesatment) to translate the Hebrew word satan (שטן). In the New Testament, diabolos is used as a virtual synonym for the Greek transliteration Satanas (Σατανας), translated in English as “Satan.”

Then I saw an angel coming down from heaven, holding in his hand the key to the bottomless pit and a great chain. He seized the dragon, that ancient serpent, who is the Devil and Satan, and bound him for a thousand years. (Revelation 20:1-2)

However, in the King James Version (KJV), the words “Satan” and “devil” are not always synonymous. When the KJV was published (1611 AD), the word “devil” was regularly employed as a translation of another Greek word, daimon (δαίμων). But, by the time that the Revised Standard Version (RSV) is published, daimon is translated as “demon.”


Is “Lucifer” another name for Satan?

The English word “Lucifer” comes from the Latin for “light bearer.” The word “Lucifer” is the translation in the King James Version (KJV) of Isaiah 14:12 for the Hebrew word helel (הילל) which means “morning star” or “day star.” Helel refers to the planet Venus (the third brightest object in the night sky) and is an apparent reference to deities of the ancient Near East.

In Isaiah 14:12, the prophet refers to the tyrannical king of Babylon with the taunting title of “Day Star, Son of Dawn.” Isaiah ironically refers to this tyrant with an exalted title because the Babylonian king has fallen from his lofty position of power as did the deities of ancient Canaanite mythology.

How art thou fallen from heaven, O Lucifer, son of the morning! how art thou cut down to the ground, which didst weaken the nations! (Isaiah 14:12 – KJV)

How you are fallen from heaven, O Day Star, son of Dawn! How you are cut down to the ground, you who laid the nations low! (Isaiah 14:12 – NRSV)

In the Christian church, this passage from Isaiah came to be connected with Jesus’ saying in Luke’s Gospel:

Thus, the connection was made (erroneously) between Lucifer and Satan, and Lucifer was popularly understood as another name for Satan.

Is Satan responsible for evil?

Occasionally, a person might try to account for immoral behavior by declaring, “The Devil made me do it!” But, we believe that blaming the Devil for our actions is nothing other than an attempt to disavow our responsibility as agents of evil.

Although Presbyterians do not doubt the existence of Satan, we do not believe the claim that Satan forces persons to inflict suffering upon the rest of creation. Each person is accountable to God for his or her own actions. Satan is not to blame. Satan cannot make persons evil. This fallen angel does not have power in himself to corrupt God’s creation. Creation was not placed under Satan’s dominion, but under the dominion of humankind.

Then God said, “Let us make humankind in our image, according to our likeness; and let them have dominion over the fish of the sea, and over the birds of the air, and over the cattle, and over all wild animals of the earth, and over every creeping thing that creeps upon the earth.” (Genesis 1:26)

So, if Satan does not cause persons to do evil things, what role does Satan play in the world’s ills?

We believe that Satan has no inherent power over us.  The only power which he has is that power which we ourselves give him over us.  Satan is often called “the Tempter” because he represents those temptations which entice us to act in ways contrary to God’s goodness.  These temptations cannot make us do evil, but they can make evil things seem good to us.  Temptations are not inherently evil, but yielding to them is.  So, whenever we choose to give in to the enticement of temptation, we are giving life and form to evil.  In other words, we are imbuing Satan with power over us which he did not inherently have.