What are the Ten Commandments? 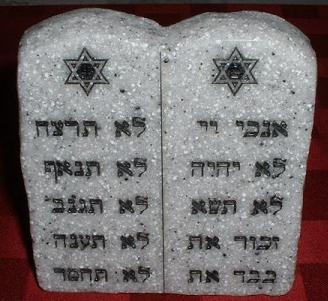 The Ten Commandments (also called the “Decalogue”) comprise a short list of religious and ethical demands established by God and given to the people of ancient Israel.  The Ten Commandments are of continuing authority for the Jewish and Christian communities today.

Where in the Bible can we find the Ten Commandments?

The Old Testament has a number of Decalogues (ten words) or Decalogue-like formulas.

What Christians (and Jews) traditionally recognize as the Ten Commandments is Exodus 20. Yet, a very close parallel to Exodus 20 is Deuteronomy 5.

Are there actually Ten Commandments?

What are the consequences for not obeying to the Ten Commandments?

The commandments are apodictic in form—straight-forward declarations expressing core concerns of the community. No juridical consequences for disobedience are specified. As such, they are not generally motivated by negative reinforcement. Thus, their being obligatory is not conditional on their being enforceable.

So, why should we keep the Ten Commandments?

Presbyterians believe that the reason for keeping the commandments is two-fold and is based in the opening declaration, “I am the Lord Your God, who brought you out of the land of Egypt, out of the house of slavery.”

Second, God identifies Himself in relation to a particular history. The activity of God in redeeming Israel from bondage means that the law and the service to God are not understood as another form of bondage. The law is a gift of a redeeming God. This particular redemptive act on God’s part is seen as under-girding and informing the law, not the other way around. Those who are given the law are already God’s people. Hence, the law is not understood as a means of redemption. Rather, the law is an instruction which shapes the lives of those who are already redeemed by God’s redemptive act.