Browse
A BRIEF HISTORY OF
FIRST PRESBYTERIAN CHURCH
First Presbyterian Church has served the community of Richmond, Kentucky for almost 200 years.  Sixteen charter members met on Friday, July 6, 1827, to establish the very first church in Richmond.  The following year (1828), the congregation built the first house of worship in Richmond on the site where the church still stands today. 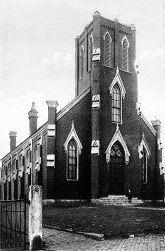 By the 1850s, the need for a new building was evident.  The wall behind the pulpit was giving way to such an extent that parishioners were afraid to attend church when a hard wind blew.  In 1858, the first building was torn down and a second erected on the same site.  The new church, an ornate Gothic-style brick building trimmed with carved stone, invited its worshippers to aspire toward heaven as they gazed upon its bell tower which reached high into the sky.
Housing a Growing Congregation, 1921 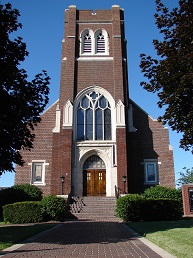 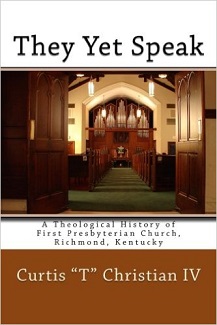 A Theological History
If you are interested in reading more about the history of First Presbyterian Church, we invite you to prurchase a copy of They Yet Speak: A Theological History of First Presbyterian Church, Richmond, Kentucky.  This book is now available in Paperback and Kindle Version through Amazon.com.
RETURN TO ABOUT US
RETURN TO FAST FACTS